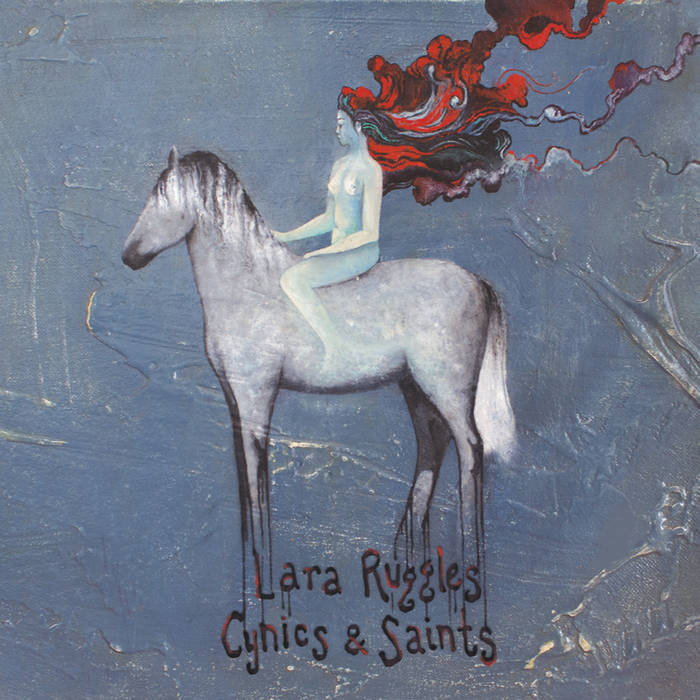 After three and a half years of sweat, pain, tears and love - and even actual blood - Colorado singer/songwriter Lara Ruggles releasedOctober 2. Proof that good things come to those who wait, Cynics & Saints’ powerful vocals, lyrics as metaphorical as they are personal, and guitar-and-piano driven melodies take the listener on a journey that looks fearlessly into what it means to be willing to be broken; a reflection of the album’s creation.

After releasing the 2011 EP Out of an Eggshell Ruggles knew she was on the right path. It was the production and recording involvement of Steve Vidaic and Mike Yach at Immersive Records - a label that technically didn’t exist before Cynics & Saints’ conception – that brought this substantial project to fruition. Ruggles was confident that she had found the right partners for Cynics & Saints. However, working within the restraints of a limited budget often meant that the studio’s other paying clients had to come first. Multiple setbacks and unforeseen roadblocks (including Bruce Springsteen borrowing equipment that was needed to master the record) delayed the album's completion, testing Ruggles’ ability to keep the faith.

“I’m the kind of person who spent eight years training a wild horse,” she says, “but this still tested my patience beyond anything else I’ve ever done. A lot of the life lessons of this process have been about letting go.”

The album’s slow progression wasn’t the only challenge to Ruggles’ commitment. The never-ending struggle to pay the bills pulled time and energy away from the studio and at one point Ruggles could count 5 other day jobs but still relied on food stamps; while touring a car break-in resulted in the loss of her computer, entire wardrobe and a battered morale. During the peak of recording Ruggles was further tested when her long term relationship – the relationship the bulk of the record was inspired by – imploded in slow motion. “I’d go into the vocal booth with my fists clenched and sing whole songs that way,” she says.

Yet the 29-year-old musician continued to rally, with every shift in priorities serving the goal of making music her life. “Every time I try to do something else, music is all I can think about and everything I ache for,” says Ruggles. “It’s this healing force that makes us feel less alone and more okay with not being okay. I want to give that gift.” To further this goal, Ruggles started the Give:Voice Project, giving 10% of her on-tour sales to arts-related causes.

Cynics & Saints’, while it speaks to the universal, is also an accurate representation of where Ruggles finds herself both personally and musically; a self-professed cynic fighting not to be a cynic. “Sometimes you want to give up and the only thing you know how to do to cope with it all is write another song,” Ruggles tell us. “As soon as it's written all you want to do is sing it triumphantly for anyone who will listen. So you go out and book another tour and make another album. Because every time you try to give up, you write another song instead.”

Like any complete story, Cynics & Saints is filled with both fight and surrender. Its unflinchingly honest lyrics and immediately captivating melodies invite the listener to share in the ultimate strength of vulnerability… and to keep on singing.

After 3 1/2 years of sweat, pain, tears, love and actual blood, Lara Ruggles released Cynics & Saints on Immersive Records in October 2015.
FEMMusic: “…the most honest album I’ve heard since James Taylor or Joan Baez. Every single song exposes and elevates her.”
PopMatters: “…the 29-year-old combines Americana and lavish 1970s Laurel Canyon singer-songwriter fare with the confidence of a master." ... more

Bandcamp Daily  your guide to the world of Bandcamp